Hear The One About The Man Who Crashed Into a Broadcasting Studio? 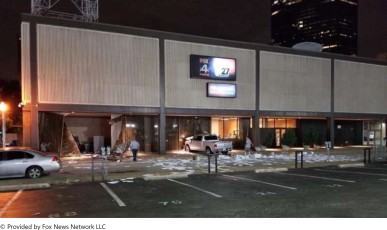 A man deliberately crashes into the Fox 4 studio, in Dallas, and screams … “Treason!”

Once he is locked away from sane people … he should have lots of time for reading. I suggest … the dictionary would be a great start.

He is another person who has been manipulated by the Democrat/Socialist/Left.

And one day … if there is still a live brain cell in the gooey mass floating inside his head … he may realize … he was used.

I HAVE SOMETHING for the LEFT; WHICH DEMOCRAT ORGANIZED A KKK GROUP?

I have something for the left, in case they want to put up another poster.  I posted this is Facebook, loved the response, and I’m sharing here.  As per my Facebook post:

I mentioned, yesterday, the despicable, cheesy FB Poster gleefully being tossed around by the left which accused President Trump’s father, Fred Trump, of being a KKK member because in 1927, he was arrested on a disorderly charge for failing … along with others … to leave the area of a KKK rally, when told. In reviewing the actual article, it gave his name, address and the reason for the charge. That was it … nothing else. Nothing to tie him to the KKK as more than an on-looker. Nothing to prove he was a KKK member or was in league with them.

In the early 1940s, Byrd recruited 150 of his friends and associates to create a new chapter of the Ku Klux Klan in Sophia, West Virginia.

I shall never fight in the armed forces with a negro by my side … Rather I should die a thousand times, and see Old Glory trampled in the dirt never to rise again, than to see this beloved land of ours become degraded by race mongrels, a throwback to the blackest specimen from the wilds.
— Robert C. Byrd, in a letter to Sen. Theodore Bilbo (D-MS), 1944

Oh … how Hillary Clinton loved this man, according to her and in her own words. He was her mentor and she had the deepest for respect for him.

So here is something factual and, with concrete evidence to back it up. The progress left is free to use the above in their next poster. Please …share … share away.